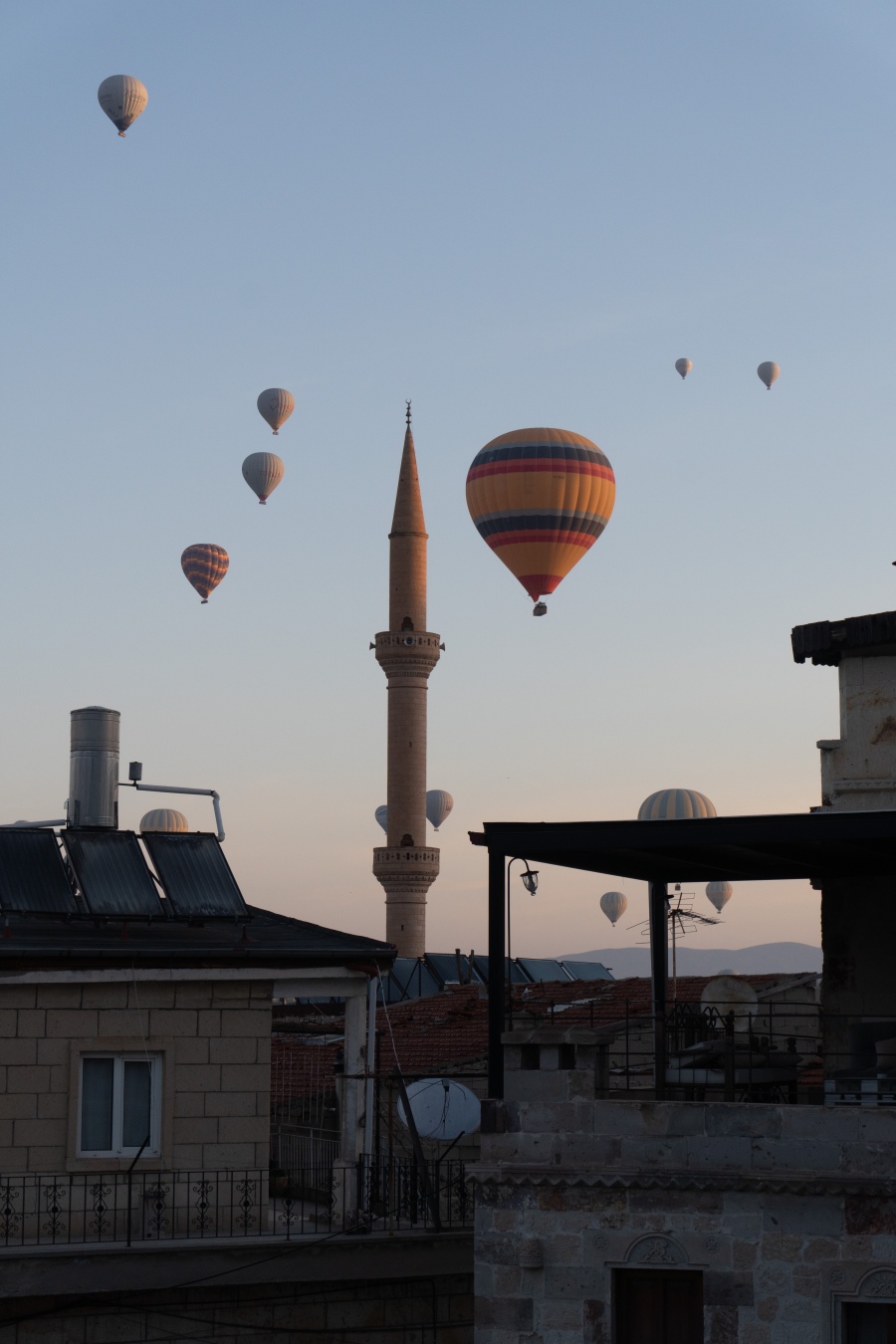 Seven months ago, I set off on my gap year travels with plans of Latin America, a sprinkle of Europe and hopefully Asia. For me, Asia was the land of the banana backpacking trail with its palm tree-filled islands, endless roads driven on a scooter and some of the best food in the world. While I won’t have the chance to head to those gap year dream places, I did very happily end up visiting Turkey for just over two weeks.

Like most of the events of the seven months, many plan revisions happened. A few months ago, I received a message from a friend studying in Europe inviting me to join her on a trip starting in Istanbul. I, of course, said yes.

During the time preceding my arrival there, when people heard about my final backpacking destination their comments often echoed a dangerous view of the country’s state. “You two girls are going there without a tour?” said one. “Be careful, Turkey can be quite a difficult place to visit”, said another.

Travelling has the benefit of letting you experience more than a place’s attributed international prejudices. To visit a place and to get to know it by its people, its food and its history is a privilege that enables a more just view of the world. Turkey is in fact quite a modern country to the extent of my travels throughout its western part, strongly connected to the global economic system with extensive transportation, technology and industries.

My observations stem from my travels spanning Istanbul to Cappadocia and along its southern coast. Istanbul is just as described, busy, and rich in history and contrast. Situated across both the European and Asian continents, the city is a colourful mix of sounds, flavours and sights. Split by multiple rivers, my friend and I loved travelling by ferry in a constant back and forth between neighbourhoods and continents.

From there, we headed to Çanakkale, close to the ancient city of Troy and the Gallipoli peninsula. The latter was an important battle sight during World War 1 between Australian-New Zealand forces and the Ottoman empire. Just like Canada’s remembrance of the battle of Vimy, Australia remembers on April 25th ANZAC day in commemoration of this place’s human tragedy.

Izmir was our next destination. This oceanfront city is close to one of Antiquity’s biggest settlements in Turkey, Ephesus. The site is incredible and allows you to feel immersed in History.

The coast holds more interesting places to visit and we thus decided on Fethiye as our next destination. A vacationer’s dream, this particular section of the Turkish coast is home to upscale resorts and beautiful blue beaches. The weather was luckily in our favour and my friend and I had the chance to walk along its coast to take in the sights, but also to get up close by taking a boat tour.

On our first day, we hiked on a part of Lycian’s way from Fethiye to Ölüdeniz and had the chance to see tombs carved in rocks, an abandoned village and a sparkling Aegean sea. The very next day we embarked on a boat tour taking us from springs to a ‘butterfly’ valley, more abandoned ruins to aquarium-like bays. The water was close to frigid, but it didn’t deter us from its beauty not to make a splash.

Our last stop before my friend’s departure was Antalya, a vibrant city on the Anatolian coast. Filled with tourists but also delicious baklavas, I didn’t manage to visit many of the attractions on my list leaving almost all for my return!

My final destination was Cappadocia, world-renowned for its hot air balloons but also its extraterrestrial terrain. The region is situated around 10 hours from Antalya and 13 from Istanbul, but an early morning arrival by sunrise is quite simply magical when the air fills up with the colourful hot air balloons. I buddied up with a Spanish backpacker from my hostel and we spent three whirlwind days hiking between the fairy towers and blooming-tree-filled valleys. The temperature was perfect, the company entertaining and we managed to see all the highlights of the region.

A few days later I was departing from Turkey and heading home for the next two months, effectively ending the backpacking time of my gap year. While more travels are in my plans after my two-month working stunt, I can still happily look back on my accomplishments: gaining independence and confidence, making life-long friends, trying out new experiences and managing cultural differences. My travels were nothing short of unexpected and fun, but also challenging and hit-or-miss. I am grateful to my sixteen-year-old self for setting aside societal expectations and working towards my current ability to take a gap year, but also for family and friends for their endless support throughout this year.

Turkey was a great final backpacking destination, one which I immensely enjoyed visiting and meeting its inhabitants, and which I will take with me the experience of breaking stereotypes and rediscovering ancient history. While this post is a bit late, it will ease the delay between my next one detailing my exciting plans for this summer. As always, thanks for reading!

One thought on “Traveling Turkey”